The Mawson crew held their Midwinter lunch in Biscoe hut. They created the Mawson expedition menu (as  best they could...the seal and penguin courses featured alternative meats..). The dress code was “Antarctique” to recreate the ambience of that dinner in 1911. 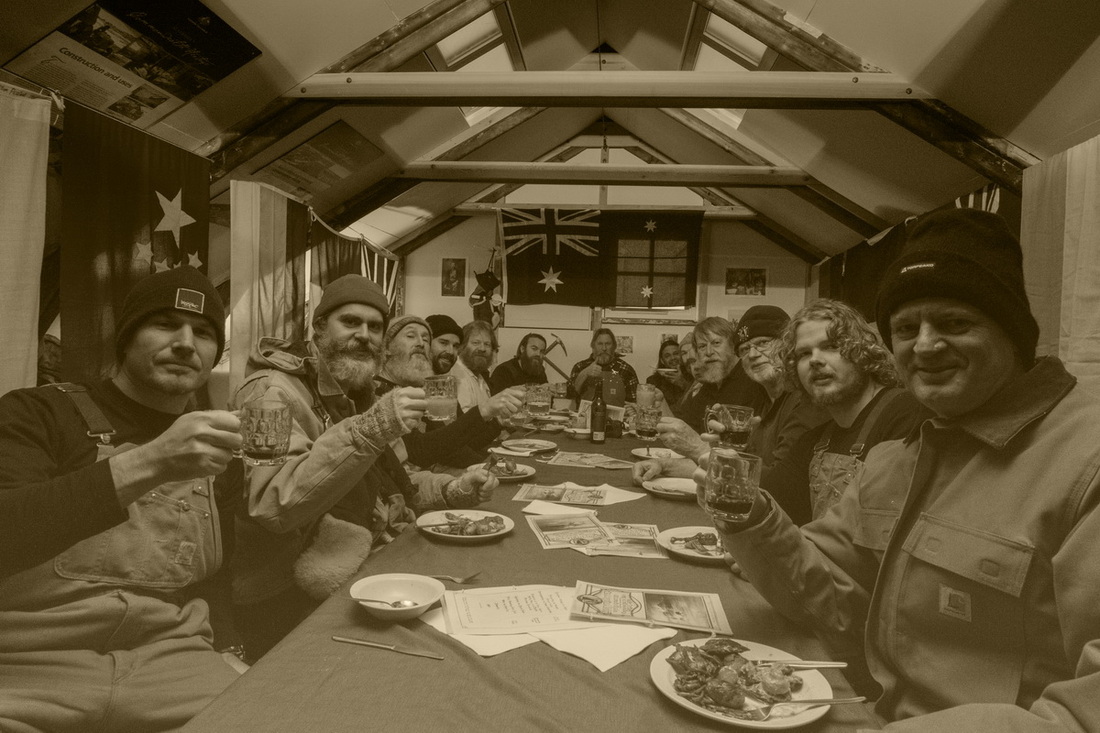 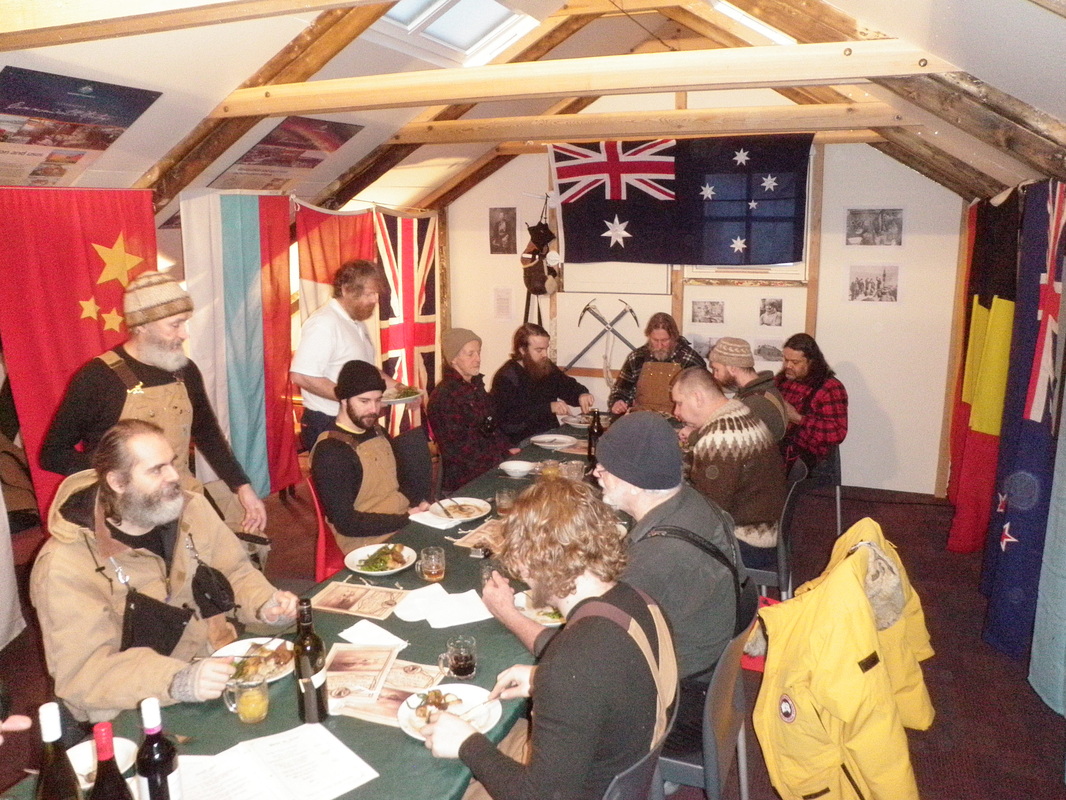 After lunch the expeditioners honored the memory of Neil Streten, an ANARE expeditioner (M60, RT 80, 93) and long term Bureau of Meterology employee who died in 2012 . Neil was well known and respected on the national and international stage in his roles as Deputy Director of BOM and was also chair of the Antarctic meteorology committee of the World Meteorology Organisation for 14 years. 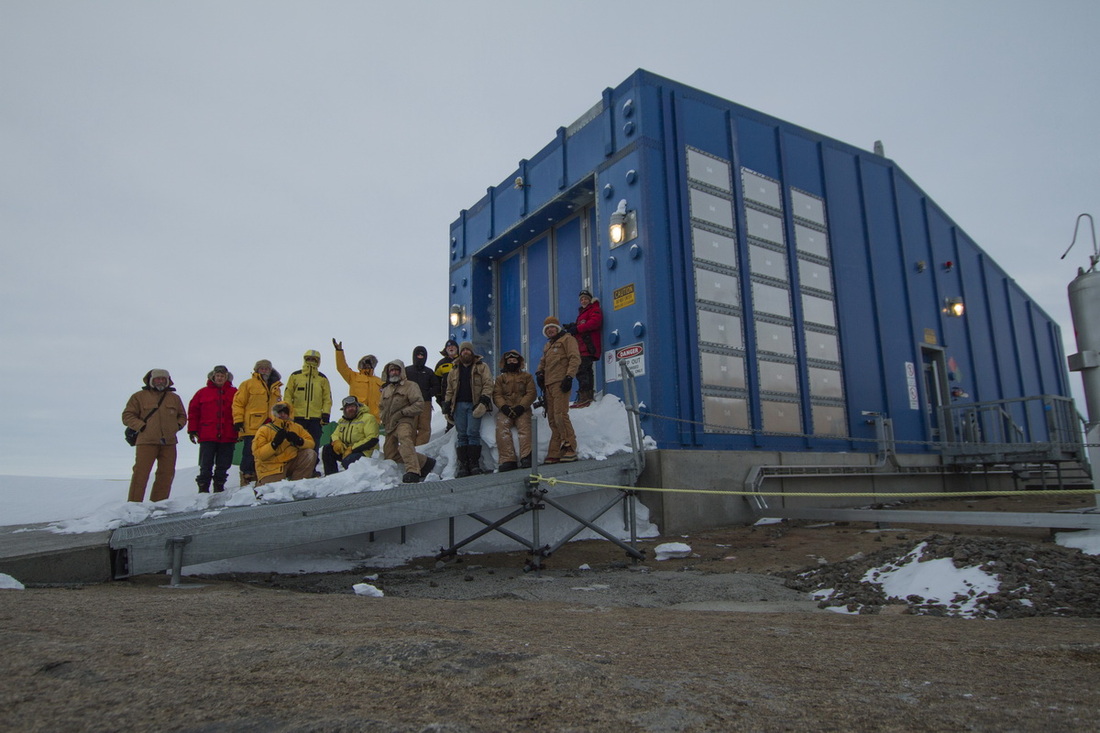 That night there was a formal dinner in the Mawson mess. All meals would have been highly Michelin-rated, especially the desserts. The theatre was lit up for the late night concert. Alas, the twirling lights and their decorative patterns do not show up here in this photo.
After dinner, drinks and nibbles were held in a giant snow-cave they spent many days digging out in a lee tail downwind from the LQ. 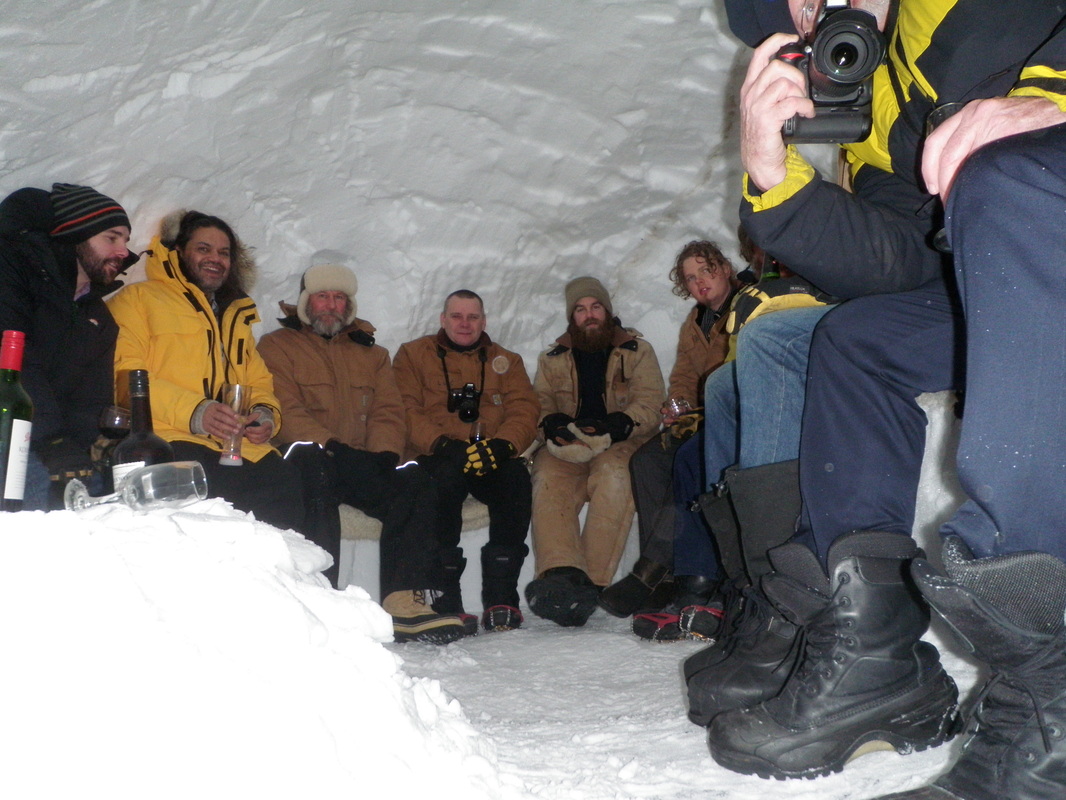 Unfortunately a blizzard with gale force winds has meant that the Midwinter swim has been postponed for now...